Spain & Italy: Two European Countries Perfect for Your Next Vacation 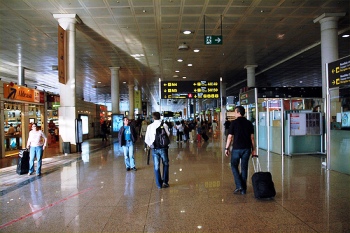 When we thing about touring Europe, images of tourists rushing to city the attractions and trying to catch some sleep while they travel from one place to another usually emerge in our heads. But enjoying more than one European destination on a vacation shouldn’t be difficult or a dreaded experience. Planning the time spend in each city carefully does play an important role though.
There are many possible ways to mix the destinations in terms of countries to visit during your vacation, but some of the popular ones include: Central and Eastern European countries (Austria, Hungary and Romania), Mediterranean countries (Italy, Spain and Greece), UK and Ireland, and Eastern European countries (Poland, Romania and Bulgaria).
Today we’ll talk a bit more about visiting Spain and Italy. This is typically a summer vacation idea but try to think out of the box. As the summer heat starts to be just a thing of the recent past, both countries offer visitors some incredible cities to visit, dotted with beautiful buildings, posh cafes, interesting museums and great stores.

Choosing the city to fly into

Both Spain and Italy are served by several large airports which receive plenty of flights from the United States. Do a search and compare the fares. For example, flights to Barcelona are available from several large US cities and the fares are about the same if you fly from the East Coast. On the other hand, flights to Rome are cheaper if you fly from New York but a bit more expensive if you fly from Miami.
If you happen to be a frequent flyer on a particular airline make sure to check their deals on the respective cities and choose according to that information. Once on the European soil, flying between the two large cities can be quite cheap if you manage to book the tickets in advance. Indirect low-cost round trip flights start at €75 per person. 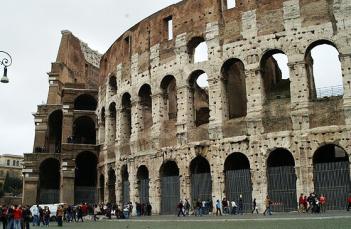 Both Barcelona and Rome are dotted with a variety of places to stay, from the cheapest hostels where you get only a place to crash to the posh hotels located right smack in the middle of everything and , of course, anything else in between.
Cheap hotels in Barcelona can be found pretty much anywhere in the city. If you do plan to get some sleep during the night, avoid the hotels located on Las Ramblas. The hotels and hostels located on the streets which lead to the main shopping and entertainment street are usually quieter and often good choices price-wise as well. Many hostels in Barcelona are charming and look more like guesthouses, so don’t be afraid to search among those as well.
On the other hand, Rome’s attractions are pretty spread out which means there are a lot of chances to find cheap hotels in Rome located at least near some of the famous spots. Again, try to avoid those near the entertainment areas as you might not get much sleep during the night. Most of the affordable hotels are clustered around the Termini train station. Choosing a place to stay here means you are in a pretty central location and very well connected to the rest of the city.
Photo credits:
Barcelona airport by caribb on Flickr
Rome Colosseum by andiamotutti on Flickr