Spain Flag: Or should we say “flags?”

What happens when the government says the national flag is one thing but everyone in the country basically uses another flag instead? One look around Spain will give you the answer – you’ll see two flags representing the country, and both of them are equally accepted, no matter what the government says. So what’s the story behind the Spain flag – both of them? Read on to find out about both the current flag of Spain, the one that preceded it (and which is still used by just about everyone anyway), the meaning behind the colors and the story of the coat of arms. 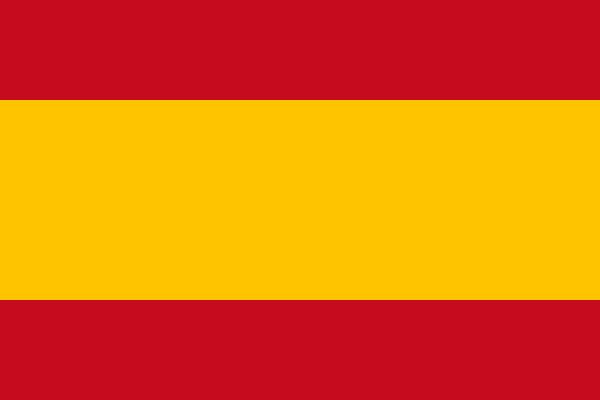 The official flag of Spain was only adopted in December 1978, although it’s only slightly different from the previous flag (as you’ll see in a moment). The current flag is three horizontal stripes – two red stripes with a yellow stripe in the center – where the height of the yellow stripe is twice as tall as each red stripe. The history of all the flags which have flown in the name of Spain is long, but the modern flag has origins during the reign of Charles III in the late 1700s. Charles reasoned that too many countries had designs that were predominantly white, which could lead to understandable confusions during war. So he asked for proposals of new designs that would be highly visible from a distance, and not white. The result was the tricolor flag that’s the official Spanish flag of today, except it also had the Spanish coat of arms on it. Which brings us to… 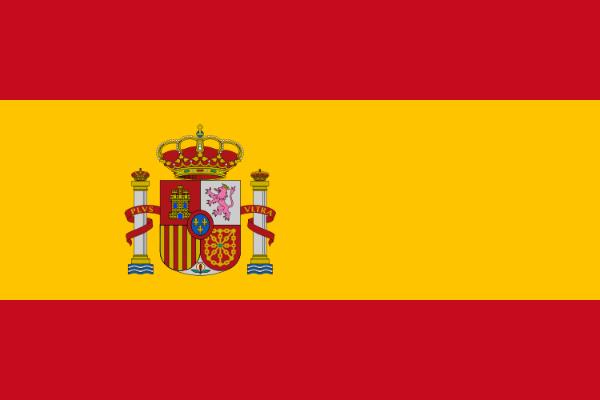 Prior to 1978, and in fact dating back to 1785, the official Spain flag was the red-yellow-red tricolor design as seen above, but with the addition of the official Spanish coat of arms on the left of the yellow band. The coat of arms was situated so that its center was positioned exactly one-half the height of the flag away from the hoist side. (Yes, they’re very precise about these things.) This design, while no longer the flag of Spain as stated in the Spanish Constitution, is nevertheless still the official flag of the Spanish navy and is still to be used on state and local buildings and ships. But this is the design which you’ll see most often throughout Spain, no matter the building it’s in front of.

What do the colors of the Spain flag represent?

As mentioned, there is a long and colorful history of an array of flags in Spain, but the current colors of red and yellow do date back to 1785. So, what do those colors mean? Charles III’s Minister of the Navy chose several designs from the proposals sent in, and the king chose the red and yellow design because he wanted a flag that would be easily visible (and not white), but there are different stories for what those colors specifically represent.

One story links the red and yellow design to the old flag of the Crown of Aragon, which governed a territory in eastern Spain (among other parts of the Mediterranean) – that flag had five yellow and four red alternating horizontal stripes, which is also the same flag of present-day Catalonia. Another story is that the yellow and red were to represent the territory of Aragon while the coat of arms was to represent the territory of Castile, thereby uniting the two parts of the then-Kingdom.

Unlike the symbol-rich histories of many national flags, then, the bottom line is that the red and yellow colors of the Spanish flag don’t “mean” anything – they represent the ruling monarchies of former regional empires, but that’s all.

What does the coat of arms on the Spanish flag mean? 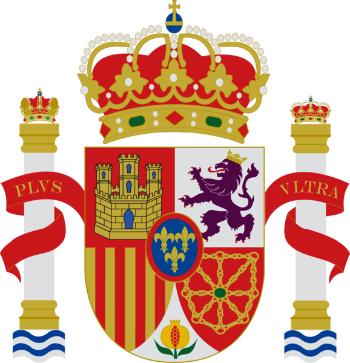 The current coat of arms of Spain is a shield with four sections, each one representing one of the four kingdoms – Castile, Leon, Aragon, and Navarre – that united in the 15th century to form the country of Spain. In the center of the shield is the symbol of the royal family of Spain, the Bourbon family, and on top of the shield is the Spanish Royal Crown. The columns on either side of the shield are meant to symbolize the Pillars of Hercules which are at the Strait of Gibraltar. There is a Latin phrase on the red ribbon which winds around the two pillars, which reads PLVS VLTRA (those Vs are stand-ins for Us, as is typical in Latin) and which means “further beyond.”

>> You can read more about each of the bits of symbolism in the Spanish coat of arms on this Wikipedia page.