Seville is located in Andalusia, on the south east part of Spain. Your vacation here will be filled with orange and palm trees and the sweet smell of orange blossoms. Perhaps that is the reason why Andalusia is normally referred as the real Spain.

Some of the most interesting attractions to check out in Seville include: 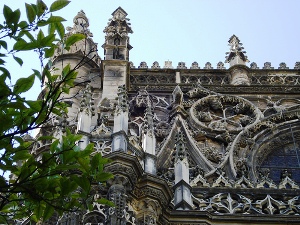 As the testimonial to Christian splendor, the cathedral of Seville has few competitors in Europe. It is still unsure whether it is the biggest cathedral worldwide compared to the St. Paul’s of London at the St. Peter’s of Rome. This huge Gothic masterpiece took over a century to build. It was constructed on the location of the mosque of Almohad that was demolished to give way for the church. The cathedral’s interior contains some amazing highlights in its 44 chapels which include the mahogany choir stalls created from recycled railway sleepers of Austria. It is believed that Christopher Columbus are a town dedicated to him. The cathedral is open from Monday to Saturday at 11:00am to 5:00pm and on Sunday at 2:30pm to 6:00pm. The admission is €7.50. 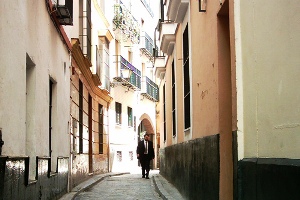 Travelers normally have to go to a tourist information booth to get a complete map of the courtyards, gateways and the winding alleys of this beautiful and mesmerizing part of Seville, a previous Jewish ghetto, where each street has at least a legend connected to it. The windowsills and balconies are all ornamented with floras ad the scent of jasmine can be felt in the air in this scenic area of Seville. Walk along the streets to admire the striking mansions of Calle Lope de Rueda, the Hospital de los Venerables that holds many art works , the relics of St. Teresa of Avila found in the Convent de San Joe and Murillo’s Last Supper in the Iglesia de Santa Maria la Blanca. 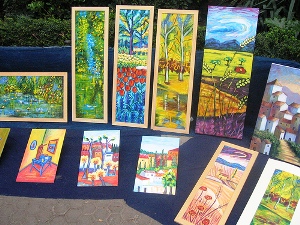 This is a restored convent dating from 1612 and is tucked away in the small plaza of Calle de Alfonso XII. The museum contains one of the most significant art collections of Spain. Some of the museum’s highlights include the religious works of art of the Sevillian Esteban Murillo and some of the Seville school artistes like the ghoulish works of Zurbaran and Juan de Vales Leal. Also, there are two painting in the exhibit that we made by El Greco. The museum is open on Tuesdays at 3:00pm to 8:00pm, Wednesdays until Saturdays at 9:00am to 8:00pm and on Sundays at 9:00am to 2:00pm. 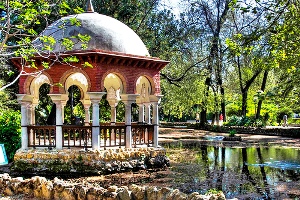 Believed to be one of the beautiful parks in the entire Europe, Maria Luisa Park is a half-mile region in south part of Seville, near the harbor. The park is home with orange trees, palms, Mediterranean pines and elms. Attractive and bright flower beds compete for the eye with secret ponds, pavilions and bowers in this tiny paradise, which was created in 920s and therefore represent a blend of Mudejar styling and Art Deco. Originally, the park was part of the world exposition of Seville. 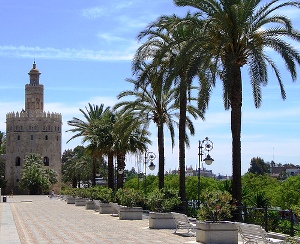 Overlooking the River of Guadalquivir, Torre del Oro was an original part of the Moorish City defense, constructed in 13th century. It is deemed to have been wrapped with imported gold tiles from America. It was restored and presently holds a maritime museum that contains the engravings and drawings that portrays Seville in its peak of success. The museum is open from Tuesday to Friday at 10:00am to 2:00pm and on weekends from 11:00am to 2:00pm.